Command and Query Responsibility Segregation(CQRS) is a pattern.

"CQRS is simply the creation of two objects where there was previously only one. The separation occurs based upon whether the methods are a command or a query (the same definition that is used by Meyer in Command and Query Separation: a command is any method that mutates state and a query is any method that returns a value)." -- CQRS, Task Based UIs, Event Sourcing agh! | Greg Young

CQRS separates "one" model to "two" models. CQRS has two models that are Command(Write) model and Query(Read) model.

For example, Flux's store is a "one" model, but it is also Write and Read model.

It means that Store is a single model, but has two task - state and logic. 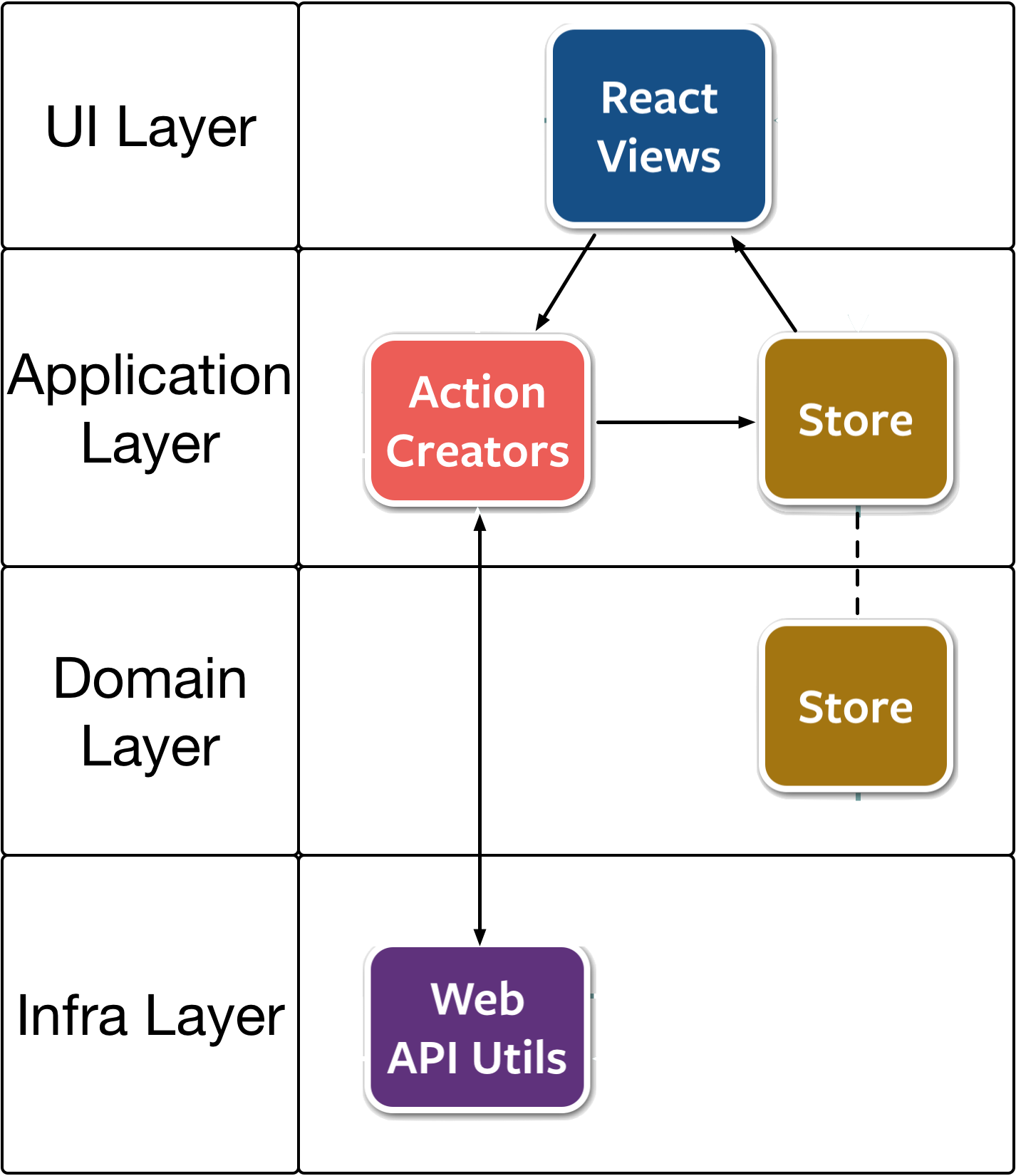 Store is both Write stack and Read stack. 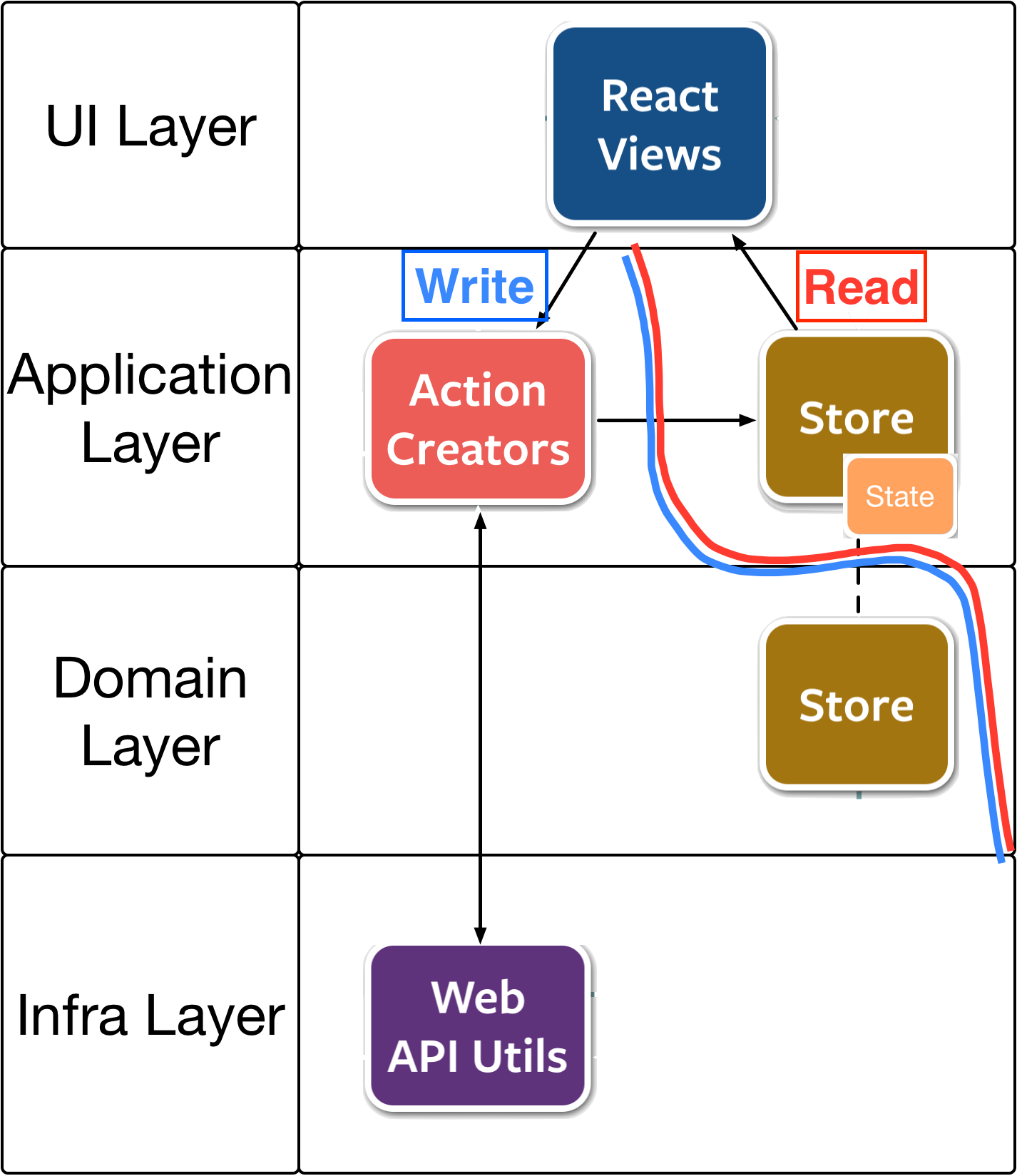 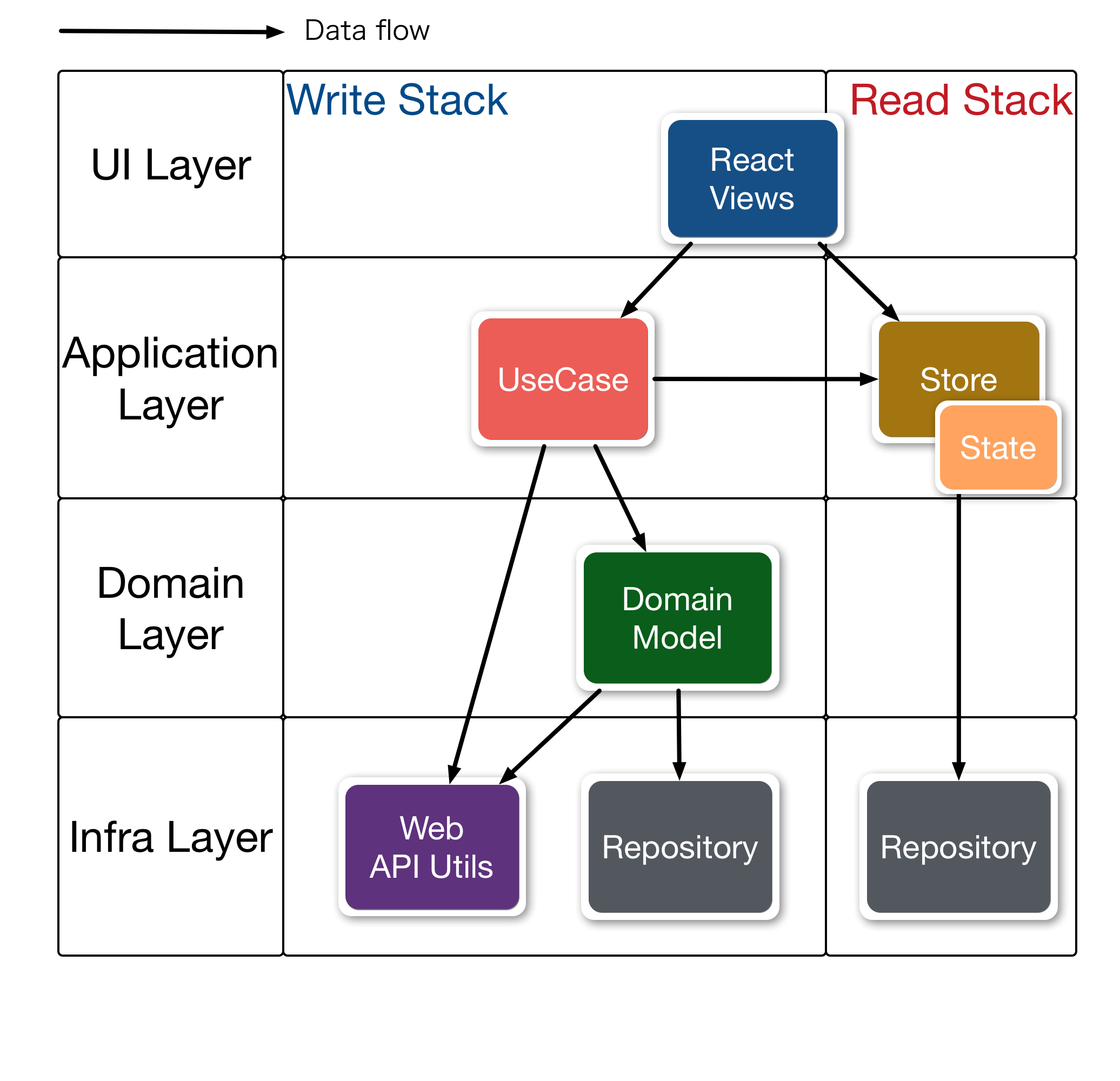 Domain model is write stack and Store is read stack.

Almin aims to reduce the complexity at large application. 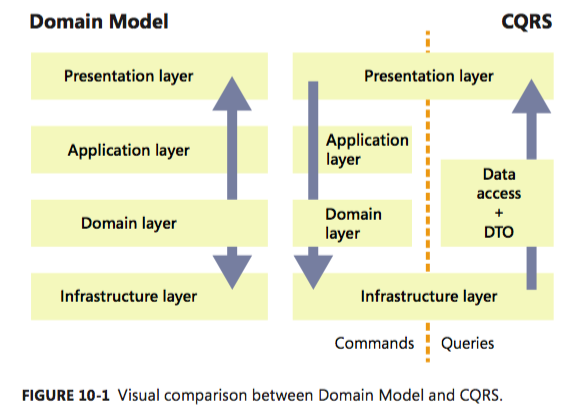 Almin has a Unit of Work. It is a actual internal class and Almin applies Unit of Work pattern.

The following figure describes it: 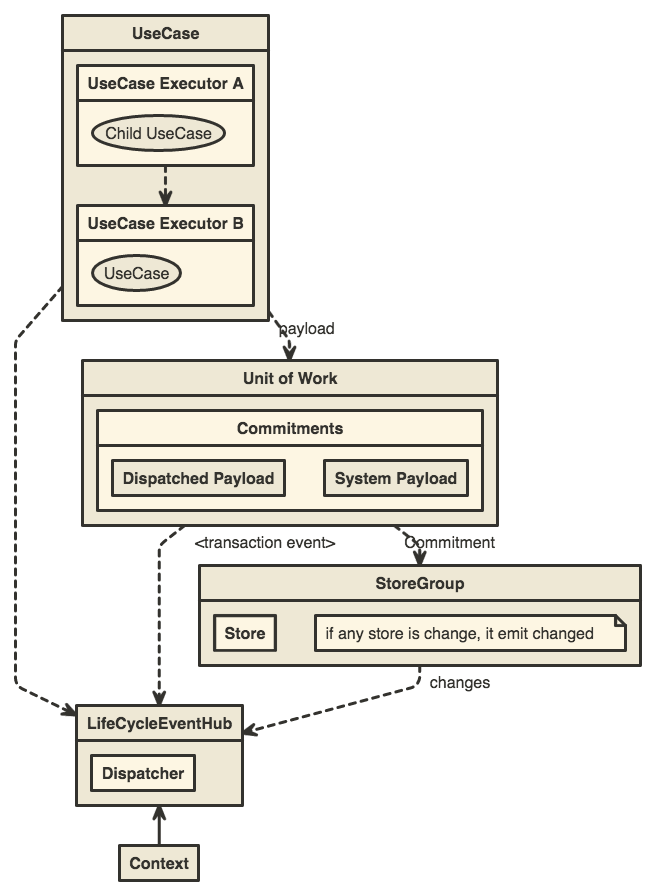